From Osaka, Japan, it’s the premiere episode of Zettai Geek Dayo, a tech podcast with a geek girl groove! I’m your host, Kaylee, and I’m definitely a geek. But I got so excited about Alexa coming to Japan, as well as voice assistants from Google and messaging company LINE, that I spoke a bit too fast sometimes… Gomen ne! I hope you’ll give it a listen anyway, and subscribe for episodes each week!

One thing to note: in this episode, I mention how I use Siri in English on my iPhone and in Japanese on my iPad Pro. I forgot to mention that this kind of setting requires you to turn off the sync Siri data option in your iCloud settings. If it’s on, changing the language on one device will change the language on all of your devices.

Anyway, if you have any comments, questions or topics you’d like me to cover, please tweet them at me @kayleedayo on Twitter with the hashtag #ZettaiGeekDayo so I can find them!

Geek Girls Society
A lovely club in California for geek girls 8-18. Check them out at GeekGirlsSociety.com!
(or GeekGirlsForever.com for those of you who wish they had a group like this as a kid.)

Yamaha’s Vocaloid
Vocaloid music is super popular in the geek circles in Japan.
I’m quite fond of “Tell Your World” by livetune featuring Hatsune Miku.

Apple’s iPhone remains Japan’s smartphone king but innovation seen on the wane
“According to MM Research Institute Ltd., Apple accounted for 52.7 percent of all smartphone shipments in Japan in fiscal 2016, far exceeding the 15.2 percent share held by No. 2 player Sony Corp.”

Amazon Alexa + IRKit by Golang
These are the links (mostly in Japanese only, so I have provided Google Translate links) I used to make Alexa work with IRKit to control my non-Hue lights/air conditioner/TV/etc…

Amazon Echo and Alexa are coming to Japan for the first time later this year
But still no Canada, eh? Surprising… :/

Google
Google Home & Home Mini
Still no Pixel 2… I’d like to at least try one out, but it doubt it will ever get an official Japanese release…

See you next week!

Broadcasting from Osaka, Japan, Zettai Geek Dayo is a tech podcast with a geek girl groove.

Express your geek pride with the hashtag #ZettaiGeekDayo and be sure to subscribe!

Kaylee has been in Japan both too long & not long enough. She has a passion for all things tech & loves helping people find the right solution for them. She speaks fluent Osaka dialect, loves retro games & J-Pop, and talks way, way too much. 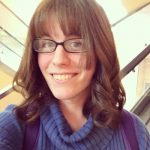